Inside: Meeting Your Daughter’s Boyfriend And How To Put Everyone at Ease

Remember that little girl who stole your heart the moment she was born? The first time you saw those cute little eyes she just embedded herself in your soul. You promised you would always watch over her and offer protection from the rest of this world especially from boys!

Well, gentleman (or ladies), a time will come in your life when a van comes rolling up the driveway and you hear a knock on the door. Yup, it’s your little girls’ boyfriend. Chances are you won’t be ready for this, not even slightly prepared but there are some things you can do to prepare and for meeting your daughter’s boyfriend and how to put everyone at ease.

Let’s be honest here, it’s a tense situation. You’re nervous, you know the boy is nervous and so is your daughter. What are my parents going to do she thinks? Will dad start pulling out some goofy dad jokes?  “Hi Lance, that’s a pretty uncommon name these days, but in medieval times, people were named lance a lot.” (that one is free of charge)

Will mom start pulling out photo albums of her little girl naked in the bathtub or modeling for her first school picture in the worst outfit possible?

You also need to remember that the image the boyfriend has of the parents is one that was painted by your child. If he’s smart like I am he’s already done his research on social media and the web. As I’ve said in the past I consider myself a bit of an internet sleuth and can find almost anything online if I really put my mind to it.

Chances are I’ve done way more research on him than he has on us. I’ve already researched his profiles, his family, and his friends so I have a basic idea of what I’m up against.

Disclaimer: Before the cancel culture police start knocking down my door I want to say that this article is written from my perspective which is that of having straight daughters who are dating boys. This same advice can be flipped for LGBTQ children, same-sex couples, etc. I’m a whatever floats your boat kind of guy. I don’t care who you date or who makes you happy as long as you’re happy. Where I use the word boyfriend or daughter substitute whatever word you want. 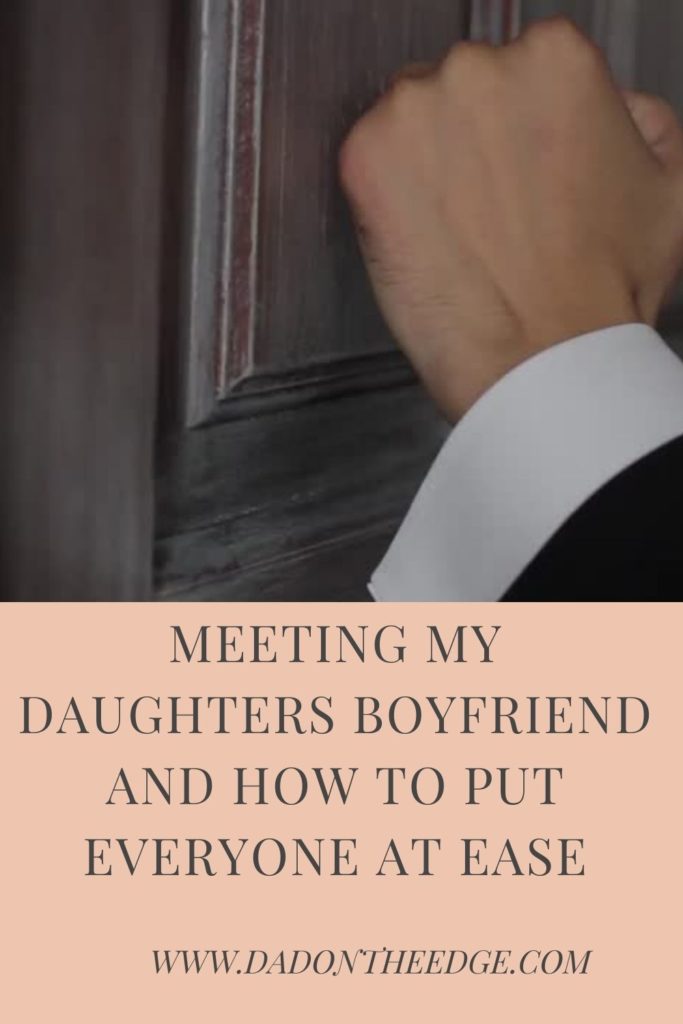 What to do when meeting your daughter’s boyfriend

You can take the approach of sitting at the dining room table cleaning your firearms when meeting your daughter’s boyfriend or follow the advice of comedian Bill Engvall who lets the boy know that he has no problem going back to prison.

Or instead, you can follow some of my advice below to make the meeting a bit less tense for everyone. This meeting of the parents and the boyfriend can be a make or break for the relationship. There’s no doubt your daughter wants this to go off without a hitch and for the boyfriend to feel as comfortable as possible.

To me, this is just common courtesy.  Anyone I meet I extend a handshake and I expect a firm handshake in return. If you’re a germaphobe (COVID paranoid) then offer a simple fist or elbow bump. Hope to God that the handshake you receive in return is a firm one. Nothing worse than a limp handshake.

If you go into this process of meeting your daughter’s boyfriend negatively then you can expect negative results. If he senses you dislike him before getting to know him he will certainly pick up on this and the meeting will be a disaster. Give him a chance. Remember, you were in this situation at one point in your life as well.

Remember that the boyfriend is way more nervous than you are and he should be. He needs to make the impression here more than you do. You have a home-field advantage, he’s in your castle, your battlefield. Take a deep breath and remember to think before you speak. This is a good practice to follow in normal life as well but especially in this situation when you want to put everyone at ease.

Find some sort of common ground

This is where your pre-game research will come in handy. Find out some things you have in common. Does he play sports, is he a baseball or football fan, what teams does he like? I caution you if he answers that his favorite teams are the Cowboys, Jets, Mets, or Red Sox then the relationship is immediately over. You can’t have that kind of negativity in your life or your daughters.  I’m kidding, of course, I’ll allow Mets fans in my home again.

Finding common ground will give you something to talk about that is familiar to both of you. It also helps to fill some of those awkward silent moments. I use the same technique in business and my personal life that I do when meeting my daughter’s boyfriend. A little bit of research goes a long way. I want to know a bit about the person I’m speaking with or hanging out with beforehand.

For me, sports is typically my go-to discussion. Just throwing out a simple, “Did you see the game last night”, breaks a lot of tension and helps to spur conversation.

Don’t be afraid to ask questions

This isn’t a job interview but don’t be afraid to ask him some questions. Find out a little bit about this family. “What do your mom and dad do for a living”? Maybe take a peek into his future. “What do you want to do after high school/college”? Part of asking questions is to obviously find out a bit more about the boy and his life but also to see his comfort level.

You may also want to ask some other questions like:

Keep smiling even if it hurts

Always keep smiling. You want your daughter’s boyfriend to view you as a friendly and approachable person. He will never open up or feel comfortable to speak to you if he senses your anger and discomfort in him. Keep your friends close and your enemies closer.

Don’t sit across from the boyfriend with your arms crossed and a scowl on your face. Lean in and listen to him when he speaks and show interest in what he’s discussing with you. If you ask him a question make sure you listen to the answer. Nothing is more of a turnoff to a person than asking a question and not listening to the answer.  Maintain eye contact at all times. Not in a crazy-eyed kind of way but don’t get distracted and look off into the distance for no reason.

What not to discuss when meeting your daughter’s boyfriend

Don’t get into the intimate details of your family during the first meeting. No one needs to be discussing how Aunt Marge never gave you a wedding gift and how she’s always been cheap or where you plan on being buried when you die. This is certain to scare off the boyfriend.

The new boyfriend doesn’t want to hear about th time your little girl threw up on her first day of school or how she used to cry whenever she saw a Disney character coming after her. Some of those stories are endearing to you as a family but can be off-putting to a person she is trying to impress.

Making jokes at your child’s expense

Don’t embarrass your child by putting them down with some joke about how messy their room is or how it took them 3 tries to pass their road test.

“You look very similar to Patty’s last boyfriend, Zach. We really liked Zach, what’s he been up to honey?” There is nothing that is more of a buzzkill than bringing up an ex to a new boyfriend.

What are your intentions, where’s this going?

I can tell you as a man who has been in this situation that we have no idea where this is going and we aren’t prepared to discuss that with you at our first meeting.  Young men and many older men have no idea what they’re eating for lunch or what they had for breakfast so to ask them where you see this relationship going the first time you meet them is useless.

The time will come when it’s your moment in the spotlight. How will you handle meeting your daughter’s boyfriend? Use some of these tips and you’ll be successful in putting both your daughter and the new boyfriend at ease.

Remember, if she wanted to introduce you to him she has feelings so do your best to make a good impression and hope he does the same.

And if he’s wearing any sort of Dallas Cowboys gear, feel free to toss him out. I give you permission.

Have you met your daughter’s boyfriend yet? If so how did you handle it? Comment below.

Allowance: The Important Pros and Cons You Need To Know 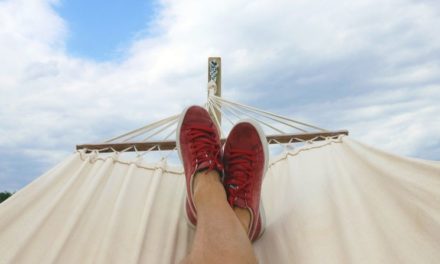 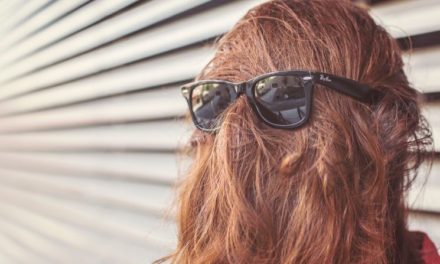 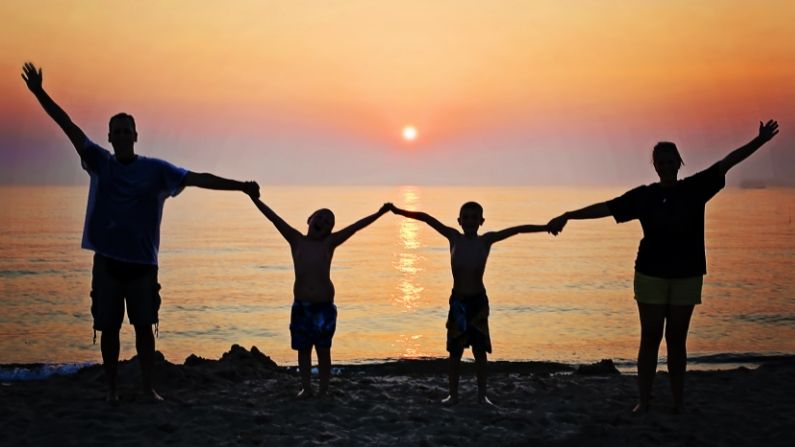