How To Negotiate With Your Children Effectively: 5 Tips

How To Negotiate With Your Children Effectively.

If you’ve ever had the pleasure of trying to negotiate with your children you understand how daunting of a task it can be. I’ve been in contract negotiations for employment that seem easier than trying to get a toddler or teenager to go to bed at a reasonable time. Every time you say “no” it becomes a back and forth war of words? The simplest of requests to your child can turn into a negotiation of epic proportions.

For the longest time, my daughters wanted to get another dog. We went back and forth on why they thought it was important to get another pet. I explained to them that my issue with another dog would be that in the end the responsibility of taking care of another animal would fall on my shoulders.

The girls have very good intentions at the beginning for taking care of their pets but in the end I wind up picking up the pieces. I’ve become an expert in hermit crabs, guinea pigs, and fish over the years thanks to their intentions. When it came to wanting another dog they even went so far as to put together a PowerPoint presentation explaining why in their minds they thought we should take on another furry family member. Though I appreciated the effort and presentation I knew how this would turn out in the end.

Negotiation is an important skill for people to learn, especially children. By definition, negotiation means a discussion aimed at reaching an agreement. An agreement that usually lands somewhere in the middle of where each side wanted to be. 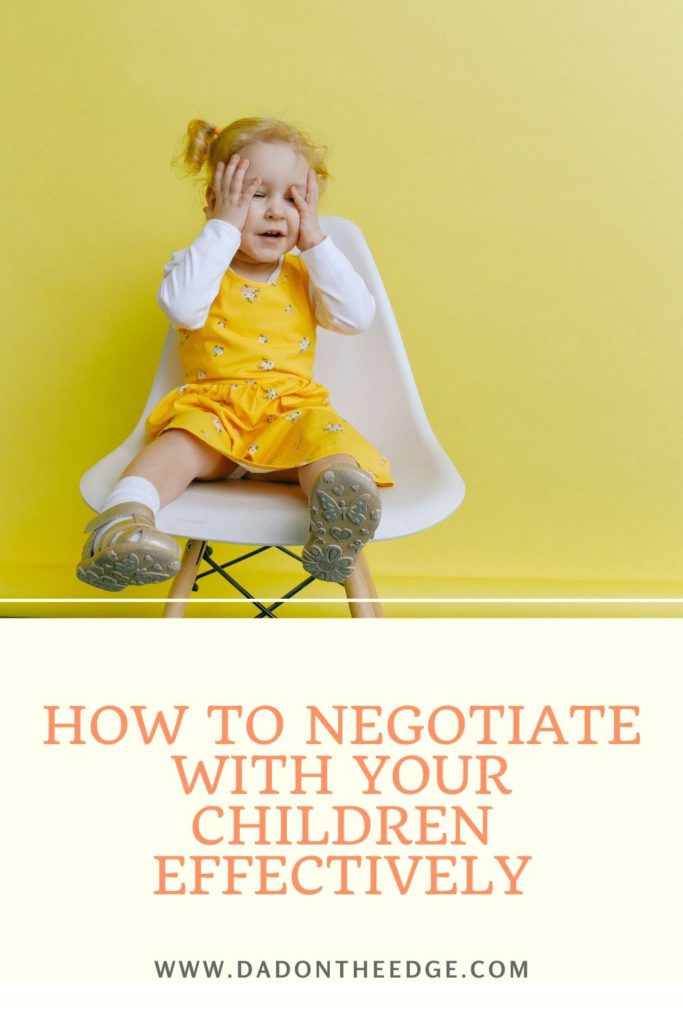 How To Negotiate With Your Children Effectively

Find out what do you agree on first

Before you jump into a negotiation with your children for what you don’t agree on you should first identify what you do agree on. Oftentimes we may think that we’re far off in negotiations when we’re closer than we think. By starting off with what you do agree on you create a positive jumping-off point. For example, let’s say that your child wants to extend their curfew from 11:00 PM to midnight. Start the conversation by agreeing that midnight is late and that all you really want is for your children to be safe.

This creates a common ground for both of you and a positive agreement in the beginning.

Get to the heart of the issue

Get to the bottom of the underlying issue and you will help the negotiation. Listen to what your child is saying.

READ: Getting Your Kids Talking: 8 Steps To Desired Results

If you really want to let your children grow and learn you will eventually have to make some concessions. If you want to negotiate with your children you may need to give in on some demands at times as they will as well. Keep in mind that the art of negotiation will be useful for your children later in life for things like purchasing a car, a home, salaries, and more.

With technology today it is easier to keep tabs on your children, track their whereabouts and activity. The app Find My Friends is helpful for my family.  You can even set alerts if the person leaves a location.

Start small and then go big over time

Start small when negotiating with your children and agree that there can be changes made over time. Let your child know that we will start by changing your curfew by one hour and let’s see how that goes before revisiting the issue in a few months.

In the current pandemic my youngest daughter wanted to see her boyfriend. We told her at first that we would allow them to see each other once per week at first. Over time she abided by those rules and was great about it. She didn’t ask for any additional days until recently. As social gathering rules are starting to lift we have allowed an extra day of visitation. We have kept close tabs on his family’s handling of quarantine and feel confident in our decision.

Be specific in the outcome

You need to make certain that you’re specific in the outcome of your negotiations. Reiterate the outcome to them and ensure that you’re both in agreement.  “So we agree that moving forward you can stay out until midnight and if you want more time you need to let us know whose house you are at”?

Agree on the outcome that way you can enforce consequences if they don’t abide by the rules.

Sometimes the answer may still be NO!

Regardless of how your negotiations go with your children the answer may still be no in the end. Prepare yourself for this outcome and be ready to stand your ground. At times what your child is negotiating for just doesn’t make any sense to you or may not be safe for them. Prepare yourself for pushback even after the “no” and let them know there is no room for negotiation.  Be prepared to explain yourself and don’t just say because I said so.

There may also be times when you’ve made a “no” decision (perhaps too quickly without thinking it through) but after thinking it through it should have been a yes. In these situations, you need to still not budge from your previous decision but be upfront with your child and let them know that you made a mistake. They will appreciate your honesty though they may not say it.

READ MORE ON WHEN TO SAY NO

How to negotiate with your children is a skill that needs to be practiced and used on a regular basis. Sometimes the answer may still be no but it’s important to let your children fully explain themselves. Negotiation is a valuable skill for children to learn.

By the way, I currently have three dogs. Have you ever had to negotiate with your children? Comment below 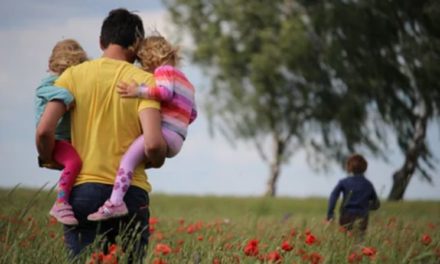 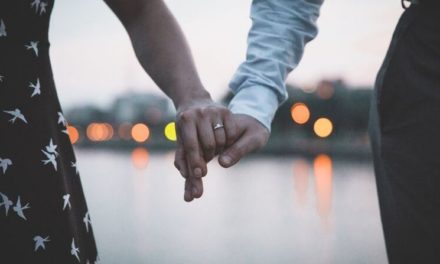 Every Woman Needs To Know These 10 Things About Men 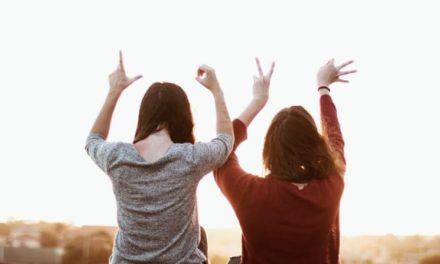 Dating My Daughters: 10 Clear Rules You Need To Know 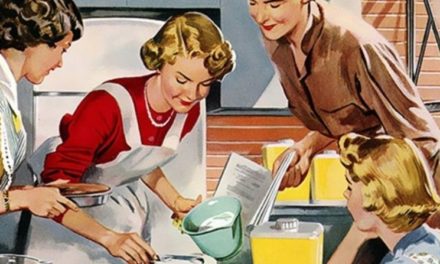 The Good Wife’s Guide 1955: An Absolutely Humorous Look Back