The Anti-Bucket List: 10 Things I Never Need To Do

Inside: The Anti-Bucket List: 10 Things I Never Need To Do.

As a man in his 50’s, father of two daughters and husband of over 25+ years I’ve grown to know my strengths and weaknesses. I know what I’d still like to accomplish in life (for the most part) and what I have no desire to do even if I were the last person on the planet. These items are my anti-bucket list.

Being a thrill-seeker has never been my thing. You can keep your roller coasters, they make me sick.  Extreme sports fascinate me and I’m glued to a television if I see any version of the X Games (whether winter or summer). I’m intrigued by any athlete who has perfected their sport but it’s something about the X-Games that takes it to the next level.

Participants have to be missing the “give a shit” gene that most others possess. As if riding a snowmobile wasn’t fun enough someone decided it would be a good idea to do backflips while riding one over a giant snow-covered ramp. Part of me always asks the question, “how does one practice a backward flip on a snowmobile”? Where does this practice occur and what happens when you miss?

Many have a bucket list and it’s done as a way of setting loose goals of things you want to accomplish or see before you leave this planet and go wherever you believe you go. Scale Mt. Everest, see the Northern Lights, backpack across Europe, and on and on.

Instead of telling you what I’d like to do, I thought it might be easier and more fun to tell the things I absolutely would never want to do or my anti-bucket list.

This is my personal anti-bucket list in no particular order. 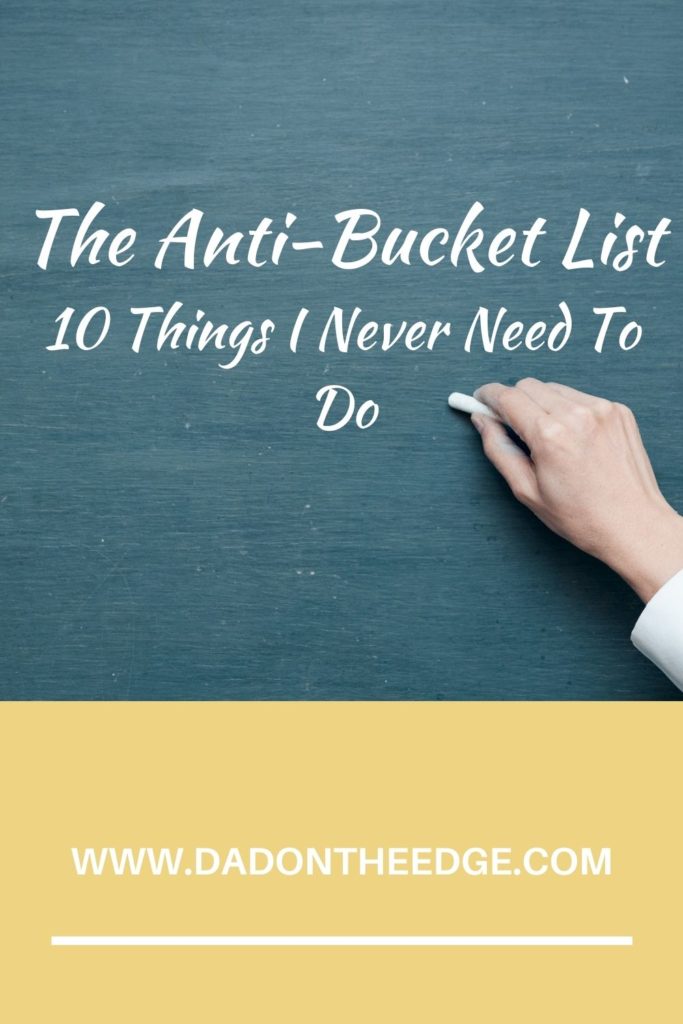 The Anti-Bucket List: 10 Things I Never Need To Do

Drive to Disney with my family

We drove from our home in NY to Virginia Beach once, a trip that took roughly 10 hours and at least 5 years off my life. That was far enough to know that we will never drive as a family to Disney. My kids are older now and this still isn’t an option. Any amount of money is worth the solace of not being stuck in a car with bickering family members for days.

If you choose to ignore my advice then I recommend you stop for some breaks when possible and meditate a bit.

I prefer to fly!

For a good number of years, I was a runner, participating in 5ks, 10ks, and a half marathon. I crossed the finish line of my first half marathon at a respectable 2 hours and 11 minutes. The first thought in my mind (after eating donuts and free treats) was “I can’t believe I’d have to run this again, right now if it were a marathon”. Besides that, no one who’s running long distances looks to be enjoying themselves. They always appear to be in some form of pain and discomfort. 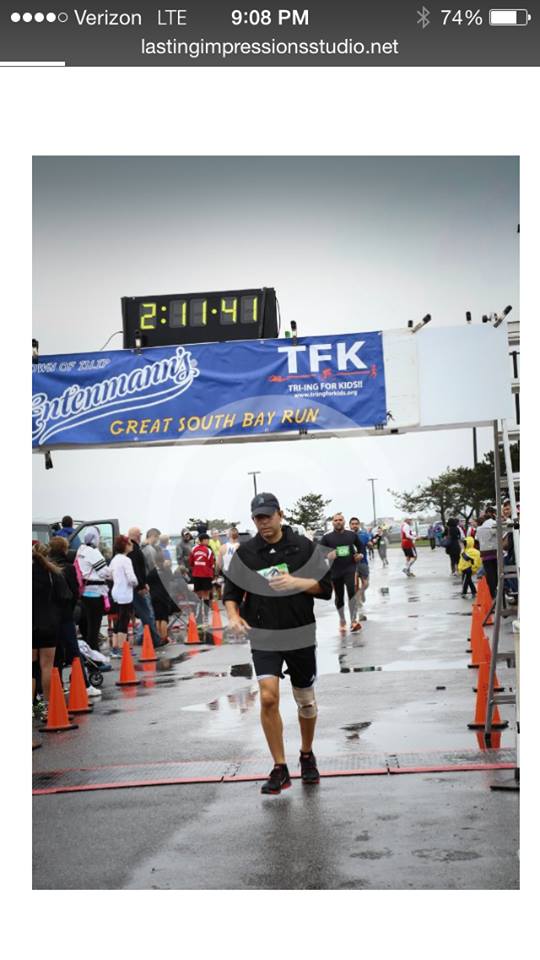 This is me crossing the finish line at the Entenmann’s Half Marathon. If I look like I’m in pain I am! By the way, it poured too.

I can’t fathom willingly throwing myself out of a plane on purpose and free-falling to the ground praying my parachute opens. The slow descent part with the open parachute looks awesome. I’ve parasailed so I imagine floating down being like that. You can keep the free fall part though, I’m out. The Tower of Terror in Disney is about all I can handle in the free fall department.

I’d be changing my pants afterward.

One of the worst ways to die has to be being eaten by an animal. It happens to be one of my biggest fears. Sure it’s somewhat irrational because where in NY will I be eaten by an animal but it still scares the crap out of me. I choose not to purposely put myself in waters with something with a voracious appetite when there have been sightings. Most experts will tell you that sharks don’t like the taste of humans and often attack because they think we’re a seal, but that doesn’t make me feel any better

Unless these sharks have no teeth I’d prefer to see them in the aquarium. Don’t put me in a cage or on a boat looking at them either. I’ve seen Jaws too many times to know what happened to the Kipner boy and poor Pippet. I’m pretty sure this may be the last known photo of this person in one piece.

Did you say there’s a shark behind me?

I just wouldn’t survive in jail unless it was a Federal prison like the one in Goodfellas where Paulie and the crew visited. I feel as though I’m in the best shape of my life but I’m not in “prison shape”. I know I wouldn’t make it. I appreciate three square meals a day just like the next guy but not under fear of being shanked while eating. Perhaps I’d take the time to learn a new language or some other skill I could use like cooking a can of soup with an iron or tattooing your own arm with a ballpoint pen and a sewing needle.

I’m sure there is a certain thrill out of scaling a large mountain like Everest but I couldn’t see myself doing it for a couple of reasons. There are dead bodies literally everywhere on the way up the mountain. This should be the first warning sign that perhaps it’d be best to turn around and head back down. The groups who have climbed this mountain have abandoned over 200 dead people there for all eternity.

As a matter of fact, they are now used as landmarks for others when climbing. Keep going just past “Green Boots” his real name was Tsewang Paljor. He died during a climb in 1996. He made it to the top and on his way down the mountain, he got trapped in a blizzard and died of exposure.  Being buried alive in an avalanche would be terrifying.

I went back and forth about whether or not I should put an actual frozen body image but decided against it. Google it on your own if you’d like. I know you’ll do it you sicko.

My wife and I have done the Thanksgiving Day Parade in NYC once and that mayhem was enough to know that New Years’ Eve will never happen. Besides the obvious crowding and frigid cold, how do you not pee for over 12 hours? I’m over 50, I can’t make it 3 hours at this point if I’m lucky. I’ll watch the festivities in my warm home every year.

This is too many people for me

Time for a quick quiz. At what point in the picture below do you think this woman regretted her decision? The correct answer to me seems to be immediately based on her facial expression. Bungee jumping to me is similar to sky-diving. Throwing yourself out of or off of a very high object and hoping that the apparatus that is designed to save your life works!

In the case of bungee jumping this apparatus is in essence a giant rubber band wrapped around your ankles. Aw hell no!

Black Friday shopping is a game for many people but it is certainly on my anti-bucket list. Getting trampled for a $100 TV is not worth it. I’m more of a Cyber Monday kind of guy. Safely perched behind my computer with coffee in hand. I don’t need to go to the mall on Thanksgiving night to fight with people over a crock pot or HDTV.

I have family members that think it’s a game and go early, leave the family dinner to wait in line outside the store. I understand if you have young children and they absolutely need that new game of the year but otherwise just wait a day or so. That’s why we have Amazon Prime. Does this picture below seem at all worth it to you?

Can you imagine brawling over a television?

Running of the Bulls

An event that involves fools running in front of a group of wild, angry bulls that have been let loose in the streets in the small town of Pamplona in Spain. These are no wide streets but these are some very large wild animals! For one thing, I don’t look good in white and red, plus there are animals with horns with the sole intention to drive their horns into your body. Who thought this was a good idea? This sounds like something a fraternity would think up after an all-night keg party.  Yeah no…

This just seems absurd to me 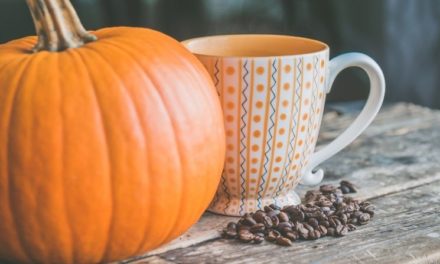 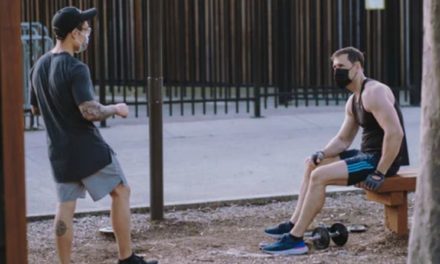 10 COVID-19 Buzzwords And Definitions You Absolutely Need To Know 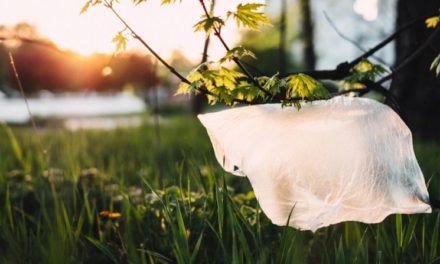 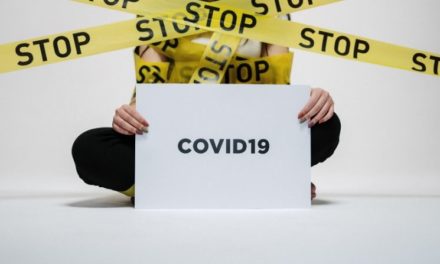